Whether as a coach, teacher, mentor or friend, Dave has positively impacted the lives of hundreds of children during his 30 year career.  Although he was fiercely competitive, Dave’s greatest desire was to teach his players invaluable life lessons to help them succeed in the “game of life” more than the “game of soccer/basketball.”  Over the years he continued to mentor and take pride in his players’ many successes, attend graduations, weddings and other events.
Now it is our turn to give back.  Dave has been diagnosed with “Frontotemporal Dementia,” a rare form of dementia that affects the front left lobe of the brain. There is no cure for his terrible disease; however, research dollars could help change this fatal prognosis for others in the future.
This is one battle that Dave can not and should not fight alone.  He needs the strength and support of everyone on his “team".  This is your chance to honor a man who has given so much and show him that you walk with him as he faces the toughest opponent of his life. 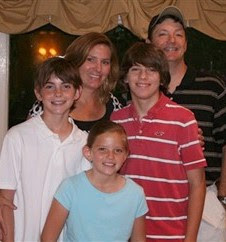 Steve Gebhardt has also been diagnosed with Frontotemporal Dementia. Ever since his diagnosis, his family and friends have seen a steady decline in his abilities to lead a normal, fulfilling life. He has gone from a totally engaged husband and father to someone who appears to be unaware of his current situation and surroundings. It is extremely painful for his children – ages 15, 13 and 10 – and his wife of 18 years, to see this steady decline in his daily life. Everyone involved has been forced to adjust to a new normal in their everyday lives.
Please join us as we try to build an awareness of this horrible illness and let’s find a cure before too many more families have to deal with this devastation. 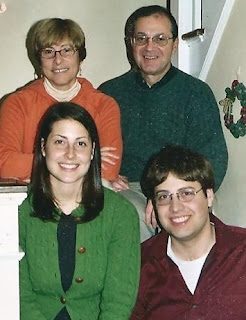 Bob Matusiak
Bob was 57 when he was diagnosed in 2007 with Frontotemporal Dementia. At that time he owned and operated an electrical transformer manufacturing company in Western Pennsylvania. Prior to that he was an Executive Vice President for the parent company of National Steel and before that, an executive and engineer for Sunoco. He has an MBA from Wharton School of Business, and undergrad and masters degrees in Chemical Engineering from Cornell University. He grew up in Staten Island, NY -- a proud New Yorker.
He and his wife just celebrated their 30th wedding anniversary. His illness took him away from all that and from his loving family - wife, Elaine; daughter, Lily (24); and son, Dave (27). It has devastated his parents and two sisters as well as friends and extended family members. When his was no longer able to care for him at their home in Silver Spring MD, he moved to an assisted living facility nearby where they visit him every day. Almost every time Elaine talks to his mother about him, she asks, "Is he on any medicine?" Elaine has to answer, "No, Mom. There is no medicine for his illness. There is nothing we can do except take care of him." Please support Scoot For Scooter and AFTD so we can change that. 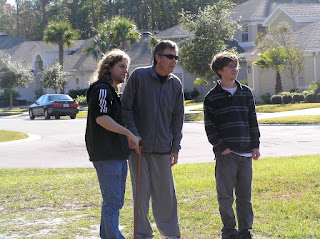 Rich was the kind of person that everyone loved to be around.  He was sort of a quiet guy, but had a wonderful sense of humor.  He was a devoted father to his two sons, Mike and Chris, and his two step-children, Scott Riiska and Julie Riiska Romano.  Our family lived in Silver Spring for 25 years.  I moved to Gorham, ME after Richard's death.
Rich was Chief of the Immunobiology Branch of the FDA in Laurel.  He was diagnosed with FTD in February of 2008 when he was 57 after it became difficult for him to organize his thoughts and set up his experiments at work.  He eventually developed Parkinson's like symptoms which caused him to be unsteady on his feet.  His disease progressed rapidly and he died on October 1, 2009, one month after his 59th birthday.
Richard and I sought treatment from a Neurology group in Silver Spring and Johns Hopkins in Baltimore.  He was also treated at the Mayo Clinic in Jacksonville, FL.
Please help in any way that you can to raise money for research into this devastating and virtually untreatable degenerating brain disease. 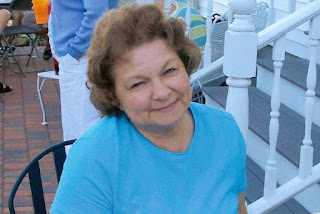 Linda Howerton was diagnosed with FTD 3 years ago, at the age of 59.  She demonstrated symptoms for at least 3 years prior to that.
She served as an "impeccable" civilian employee for the Montgomery County Police Department for 17 years before retiring on disability in 2007.  Linda was a loving caretaker for her parents until she had to be placed in an assisted living facilty.  She has been residing there since 2008.   It has been difficult for her family to watch her personality disappear and her behaviors change before their eyes.  Linda is now virtually mute.  Her grandchildren miss the loving and generous "Mimi" that she once was.  Her daughter and 88 year old mother miss their "best friend."

Donate with a check
Please make checks payable to "Scoot for Scooter" and mail to:

Please include your email address for our records.

Click here to learn more about the Association of Frontotemporal Degeneration